Week of June 25th (closed Monday and Tuesday to accommodate for interviewing and other departmental errands): 43 logins

Week of June 9th: 49 logins
The summer has been hectic and exciting. We’ve had a ton of amazing support from the ANESU Summer Meals program supplying us with freshly packed lunches for youth every day, an advantage we didn’t have last summer. We’ve had a great bump in numbers thanks to the STEAM camp not only utilizing our space for their programs, but also for youth relying on it being open for a few hours after their camp is out. Since their target audience is a little younger, we’ve met plenty of incoming 7th graders who are excited to be coming to the Hub after school during this upcoming school year.
On July 3rd, we hosted an open house before the Bristol fireworks.
Over the night we had a substantial amount of families check out the teen center, try out virtual reality, see a demo of our 3D printer, play corn hole with our corn hole setup (made by teens here), and enjoy some chips and salsa. We had plenty of informational sheets about the teen center available. A lot of the folks who stopped by were younger families with kids ranging from about 8 – 12 with the younger end VERY excited to be able to access the teen center daily once they get to Mt. Abe. The adults were impressed with how the interior of the teen center looks bright and welcoming these days, in contrast to when they last saw it.
Overall, I think we garnered some really positive interest in the teen center. While that was going on, we were also selling glow sticks and necklaces to the crowds. We raised around $650 and in addition to Meridith and I, we had some wonderful teens helping out with that process.

Part of getting ready for all of that, I did an incredibly deep clean of the Hub. Our kitchen seriously sparkles now and the whole space is much more optimally organized.

Thanks to Meridith, we now have an air hockey table (seriously cool). A Bristol family donated a great new couch and we were able to get rid of an old (very well loved) couch. The space looks fantastic and I implore you to drop by for a visit!

On August 17th we’ll be hosting the Hub’s 20th Anniversary / Birthday party. This includes live music (inside the Hub), a cookout, skateboarding, biking, lawn games, and more!
We finally have approval from the Recreation Club to have Eric Warren go forward with some work on the exterior of the Hub… this includes replacing the front gable end (facing the parking lot) plus adding a drip edge to that, a rotted window sill, and a few other things. They are covering everything per our rent agreement. In tandem with that, we FINALLY have a rough mock-up of the concept from the artist who will be doing the new mural on that gable end which i’ve included here.
I would love your thoughts and ideas on the mock-up and would like the selectboard’s approval of it.
The work (including the mural) will be done in time for the 20th anniversary celebration.
We are planning a trip to the Great Escape in New York on August 22nd and a lock-in on the Friday of that week.
Well, as always, I can be reached via the contact page on this site.
Brian LaClair 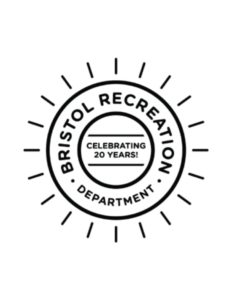